Jesuit Church of the Sacred Heart of Jesus, Valencia

Behind the silk exchange is the small triangular Plaza de La Compañía, which faces the main facade of the Church, part of a large complex built in the 16th and 17th centuries by the Jesuit order. The Church was built in 1595-1631, confessionals and other rooms were added from 1668 to 1669. In 1767, king Charles III expelled the Jesuits from Spain, and their property was confiscated by the government. The Church premises were used for various purposes. During the revolution of 1868, the Church was demolished, and in 1886 a new one was built by the architect Joaquín María Belda Ibáñez. The full name in Spanish is Iglesia del Sagrado Corazón de Jesús, but the people of Valencia call it simply, la Compañía. 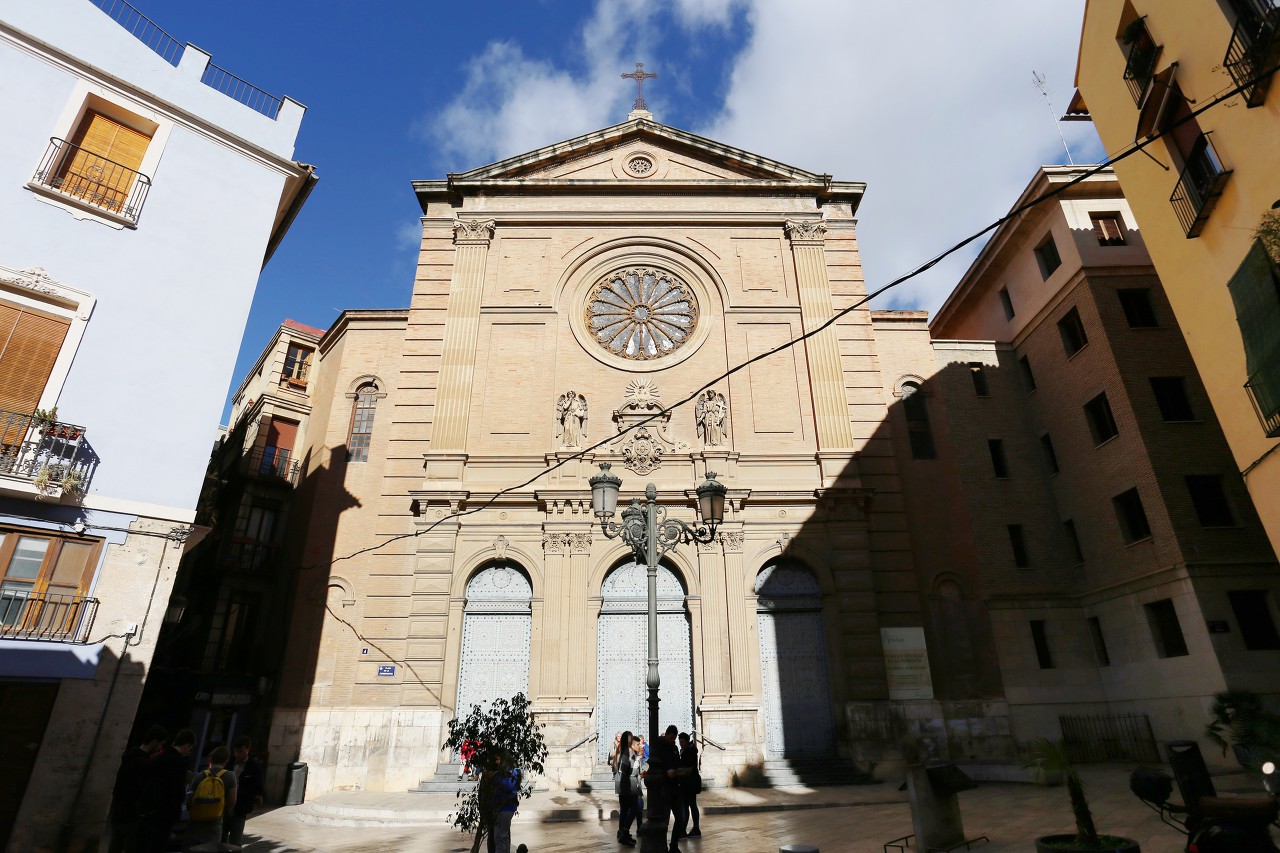 Above the entrance portal we see the emblem of the order of Jesus with two angels on each side. 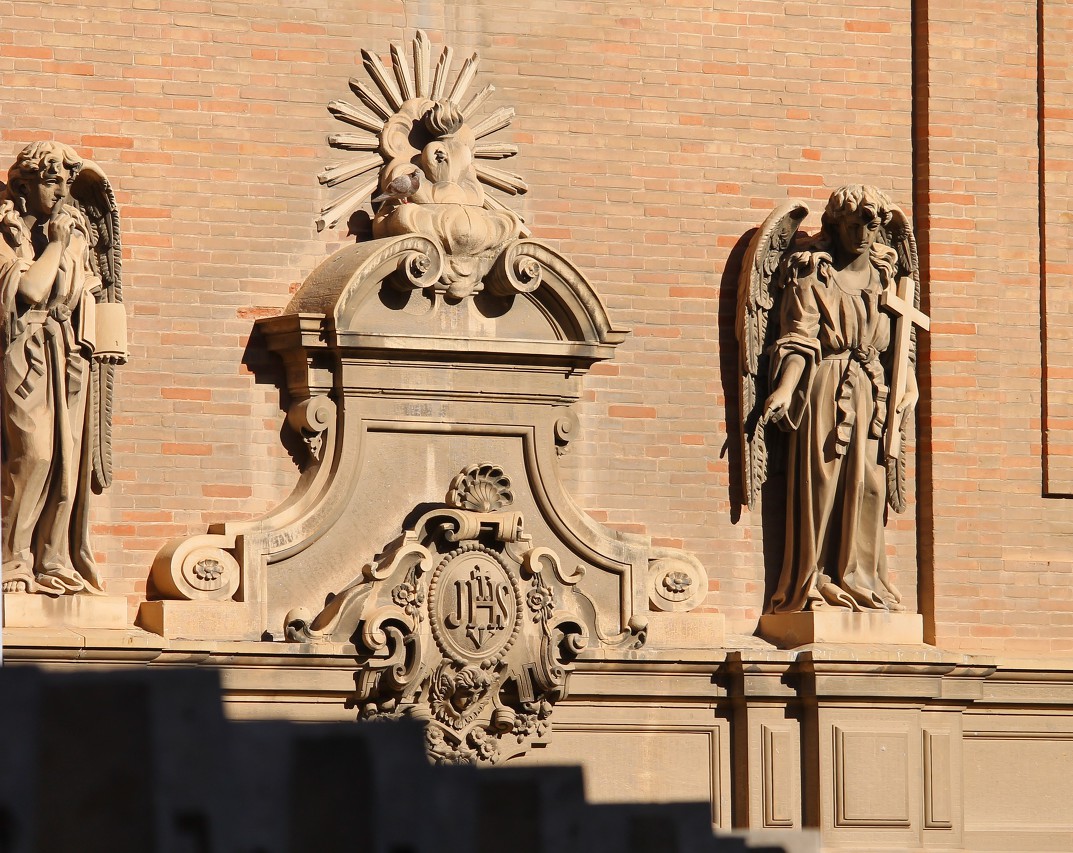 The central window-rose is notable for having a monolithic metal frame. 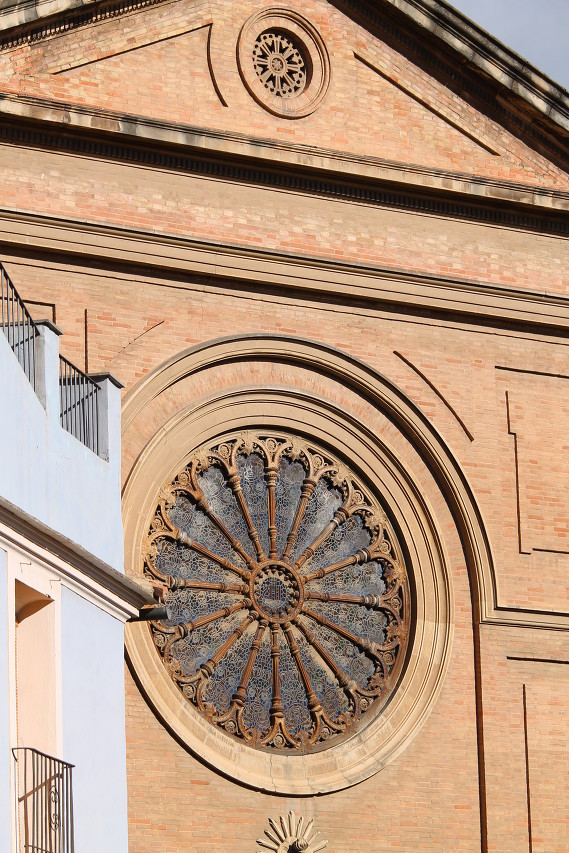 The fronton is crowned with an openwork cross, also made of metal. 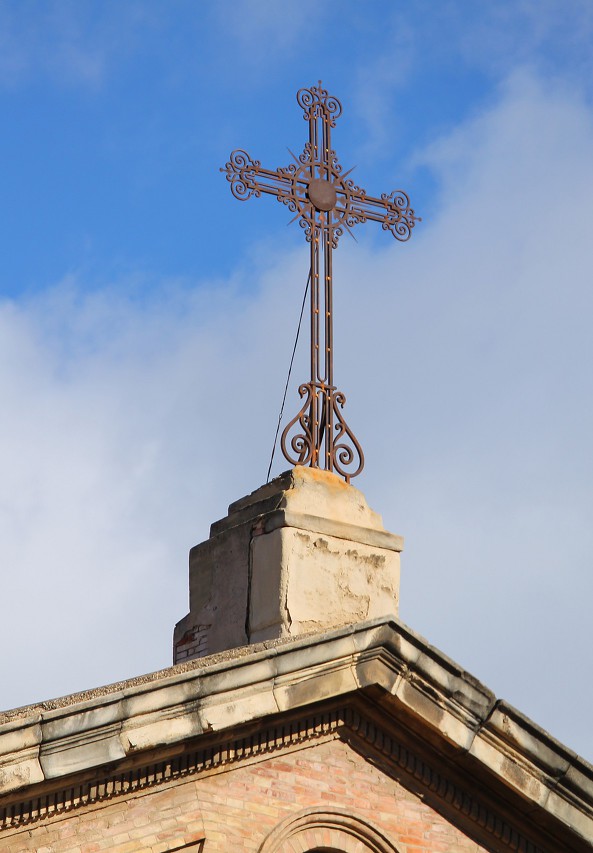 The bell tower was built in 1886, consists of four tiers and is covered with a dome of glazed tiles. One of the bells has been preserved from the old Church, it was made in 1697, and the rest are quite recent, in 1950. The bell tower can only be seen from the alley-dead end, bypassing the surrounding church buildings on the right. 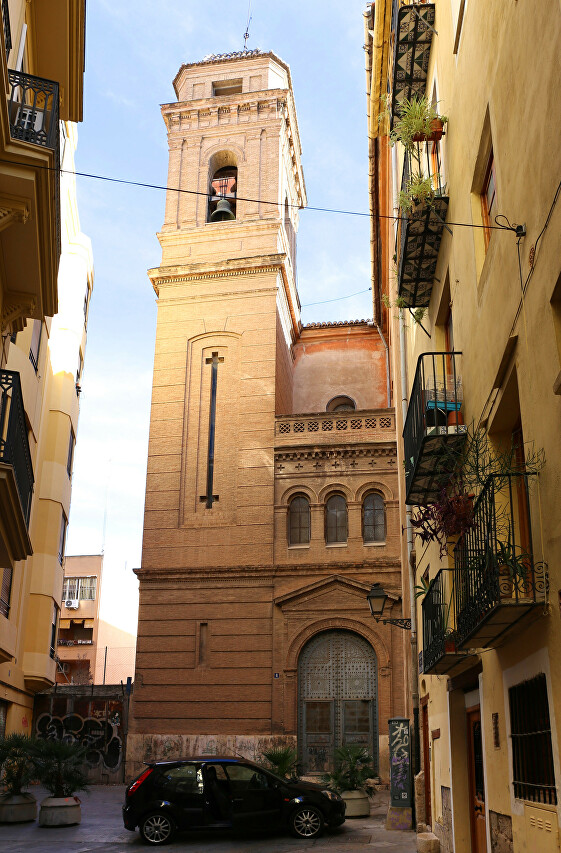 The interior of the church was unexpectedly large and richly decorated, compared to the modest facade. 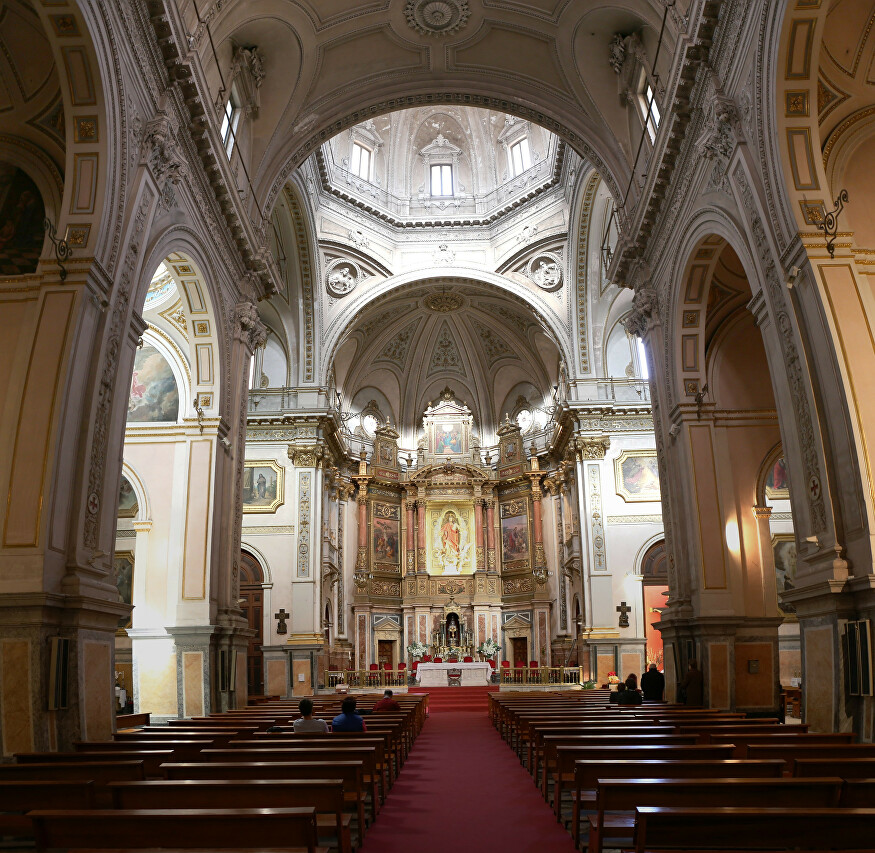 The church has three naves, the transept is covered with a large octagonal dome. Under the arches and in the dome there are large Windows, so the interiors of the Church are very bright on a Sunny day. 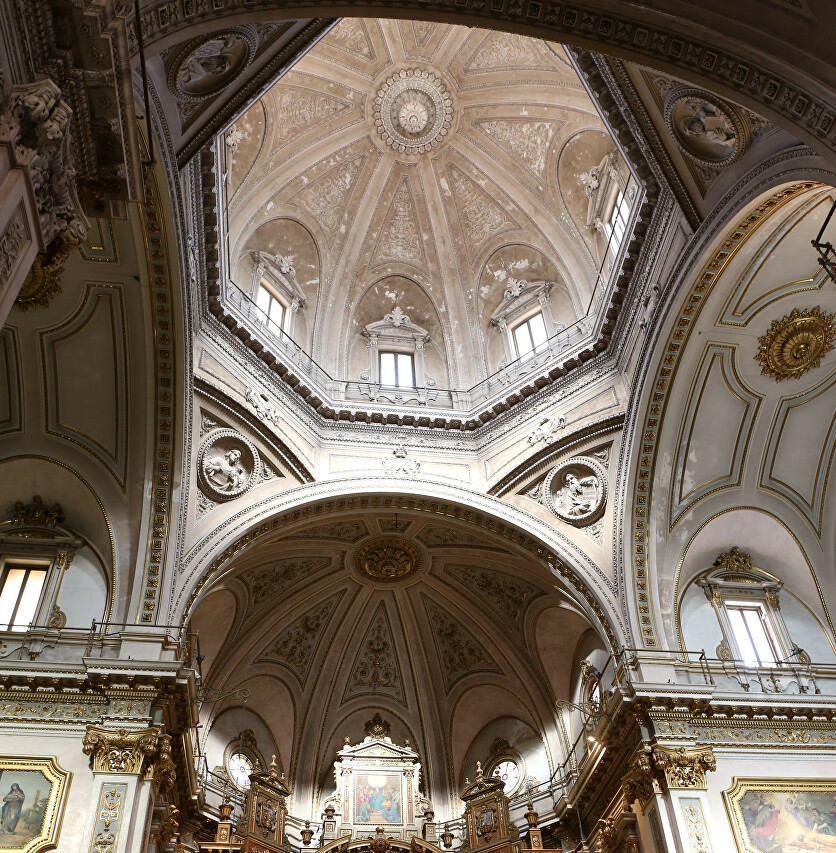 The altar with the figure of Jesus decorated in the Baroque style with a lot of gilding looks very luxurious. 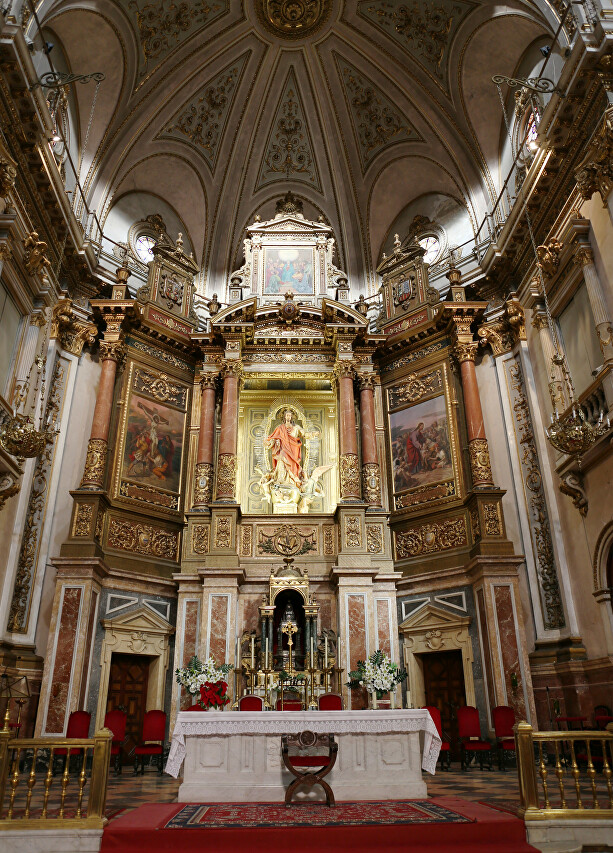 Chapel of the Immaculate conception, here is the most important exhibit of the Church, a painting painted in 1658 by the artist Joan de Joanes. According to legend, her appearance was seen in a dream by one of the Jesuit fathers. The artist painted according to his stories. 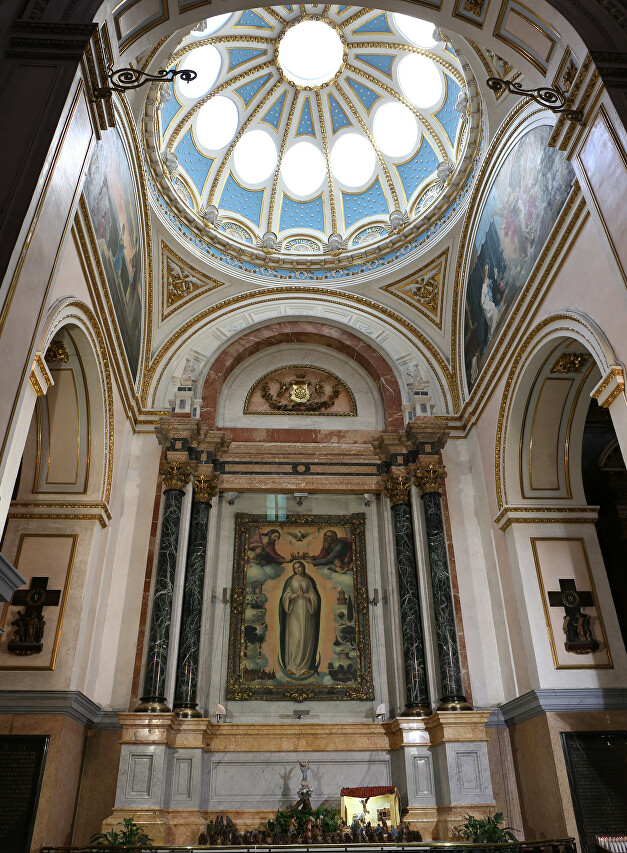 Chapel of St. Francis de Borja, which contains a sculpture of the Polish Saint Stanislaw Kostka, a student of the Jesuit College, seriously ill and miraculously cured after the apparition of the virgin. Under the figure of the Saint is a statuette of the founder of the Jesuit order, Saint Ignatius of Loyola, holding a book with Jesuit rules. 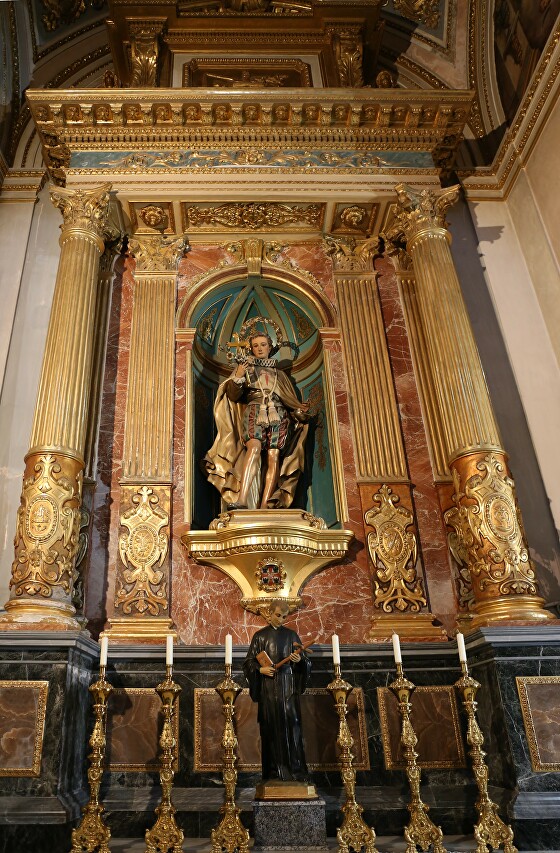 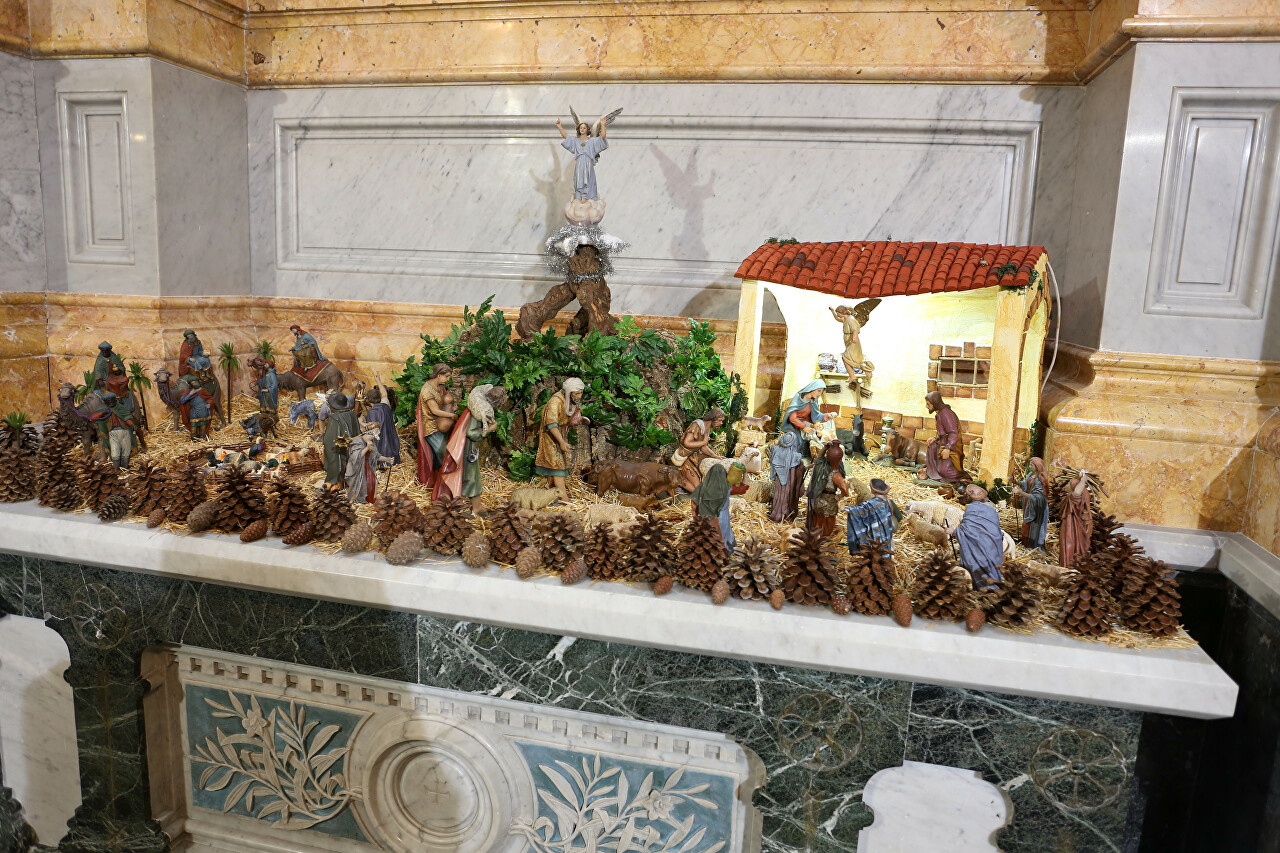 I have been to Valencia three times, and only once the сhurch was open in 1 January. At the door of the сhurch there is no information about opening hours and services, apparently, they are held only on holidays. 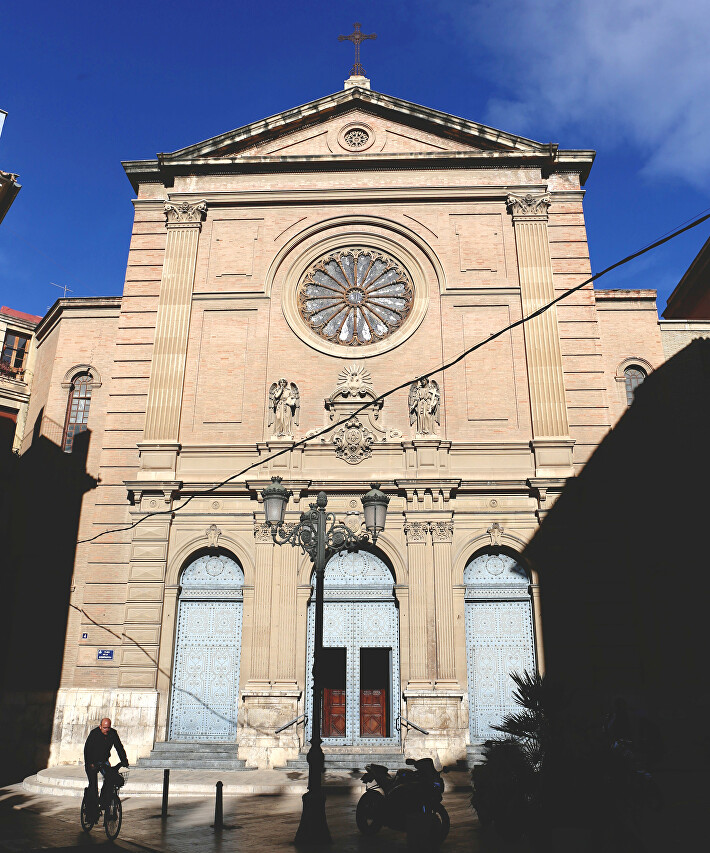