In the center of the squareThe virgin (Plaza de la Virgen) there is a fountain "Turia" (Fuente del Turía on the map), the most famous in Valencia.

By historical standards, the fountain appeared very recently, it was opened in 1976. The base of the structure is a sculptural group by Manuel Silvestre Montesinos, depicting a reclining athletic man surrounded by eight elegant women with pitchers. 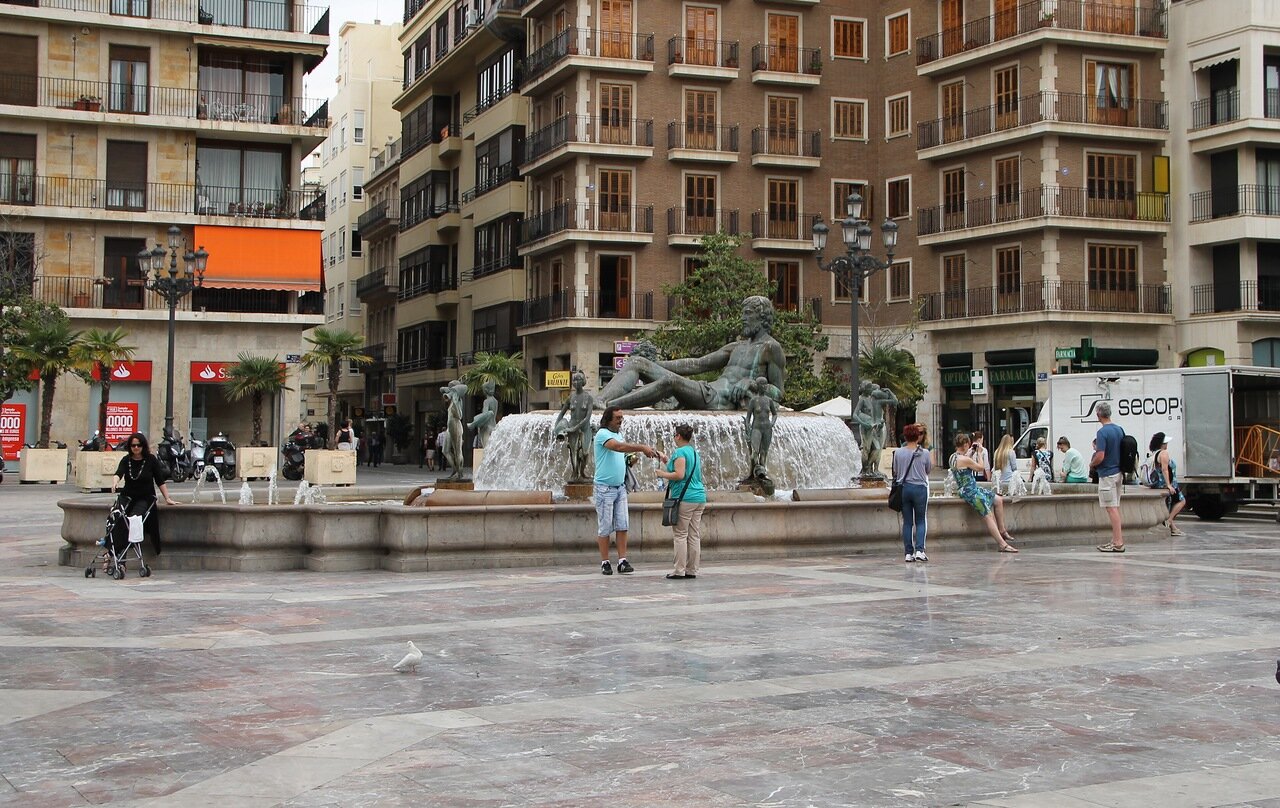 Seeing a bearded athlete surrounded by streams of water, many people think of the image of Neptune, so the fountain is often called the name of the Lord of the seas. However, the sculptor depicted in the form of a strong man the mighty river Turia, on the Bank of which the city of Valencia was built. 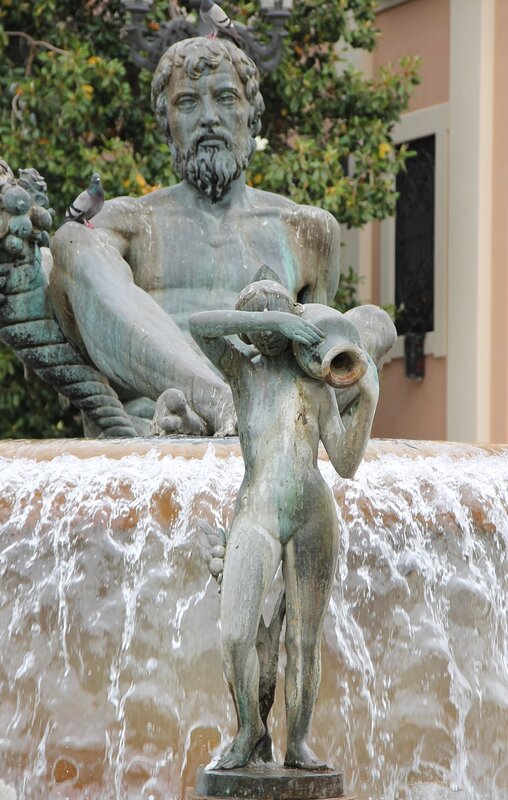 This small, in General, river with a length of only 280 kilometers has repeatedly demonstrated its power during torrential rains. And on October 14, 1957, it flooded the entire city and surrounding areas, with the water level on some streets being 5.2 meters. The flood claimed the lives of 81 people, caused huge damage to the city's infrastructure, and damaged many historical monuments. The disaster forced the government of Valencia to solve the problem of flooding once and for all - the waters of treacherous Turia were sent to bypass the city along the southern canal, and in the drained bed in the city were planted gardens, built sports fields and the famous city of Arts and Sciences. It should be said that the area of the Cathedral, on the back of which is the square of Virgen, escaped flooding - the ancient city planners were well aware of the customs of Thuria. 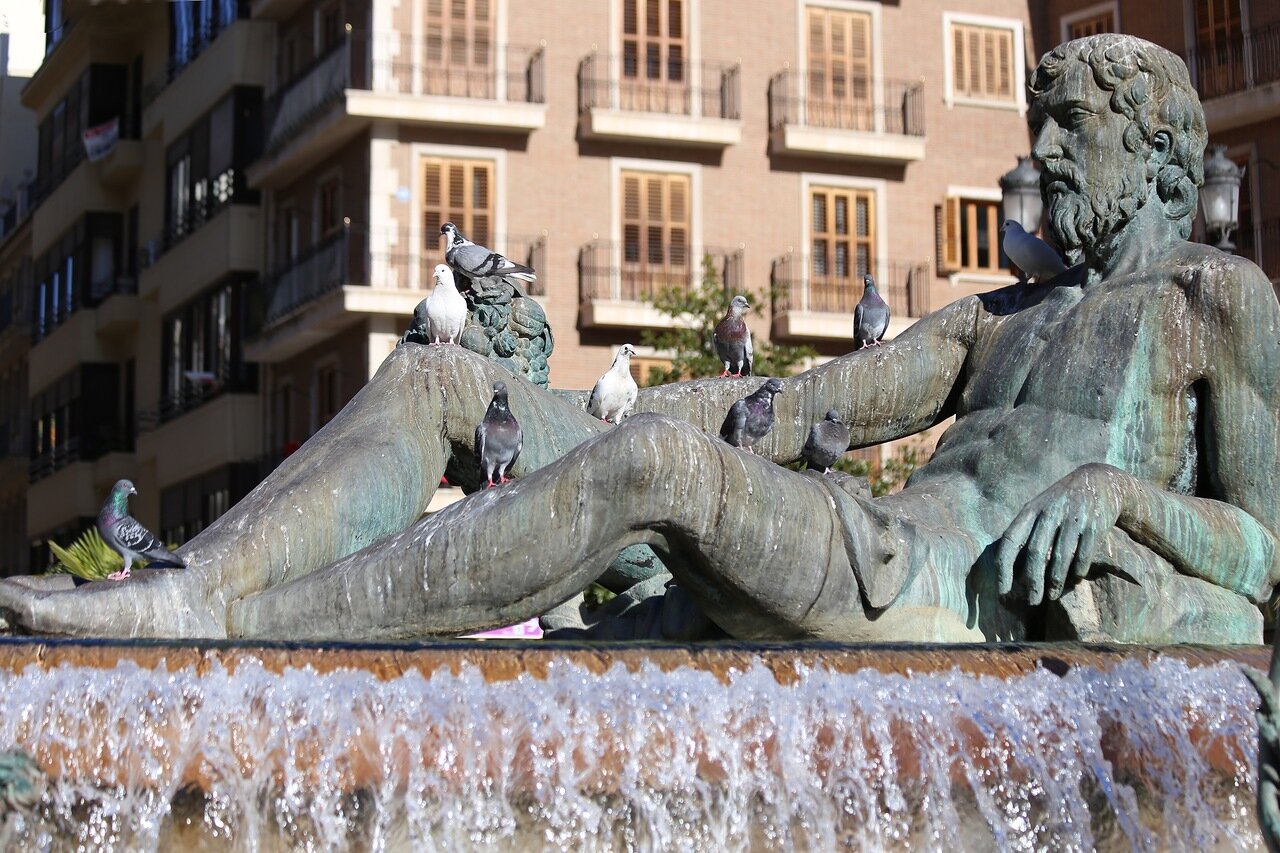 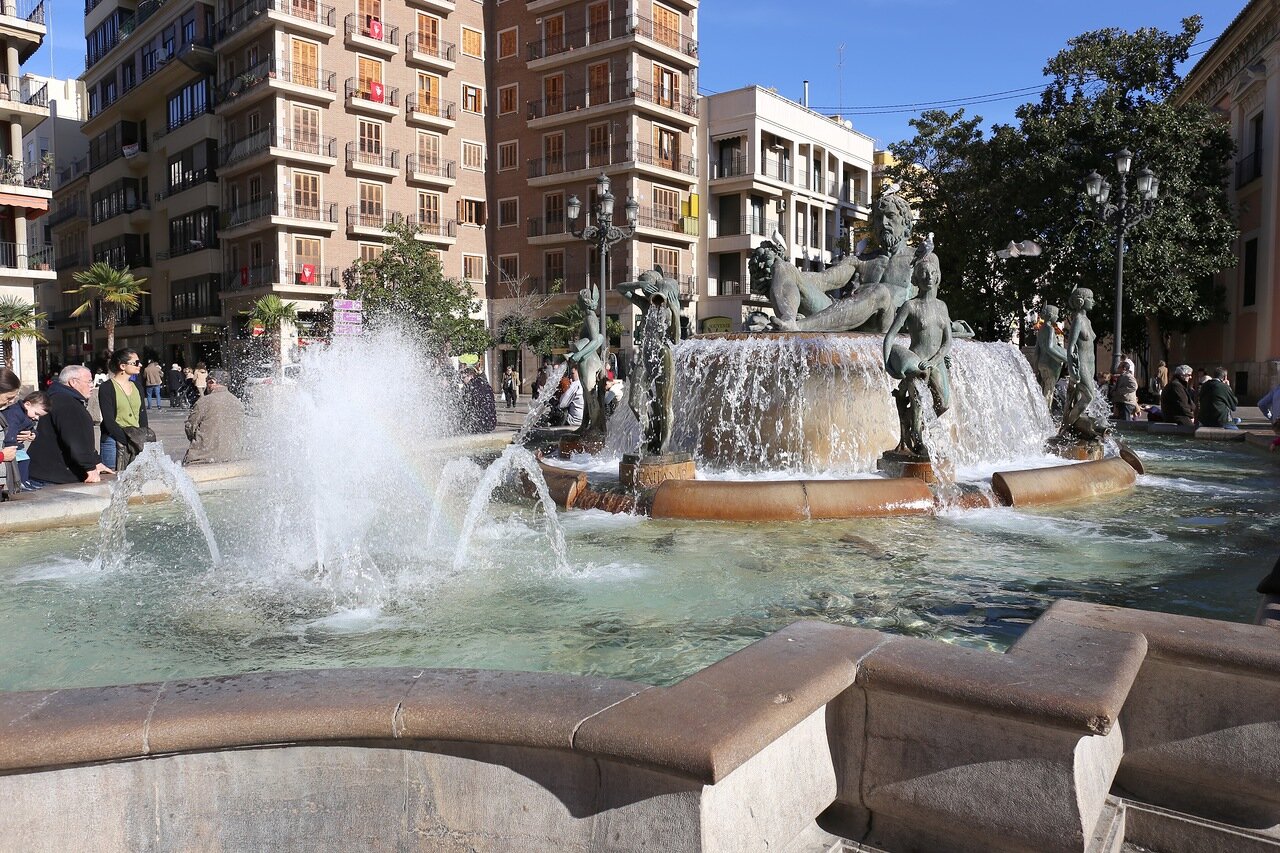 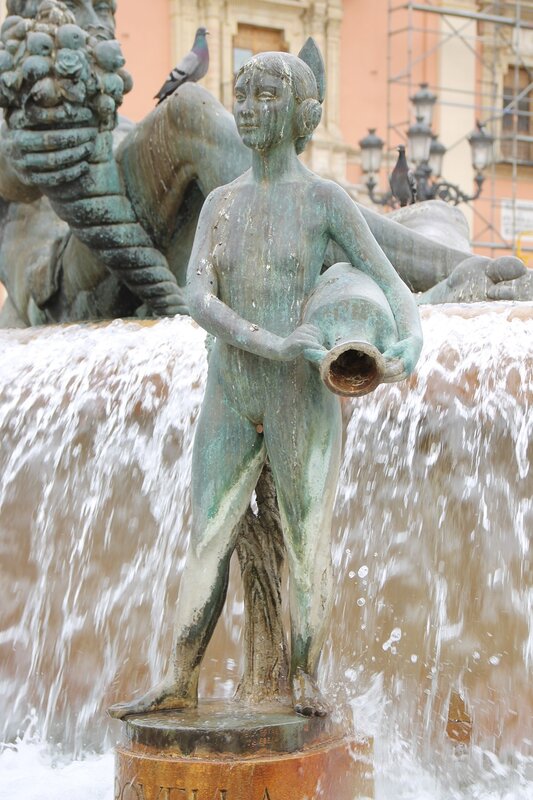 The irrigation system is at the heart of the province's rich farmland, which is symbolized by the horn of Amalthea with gifts of the Valencian land. 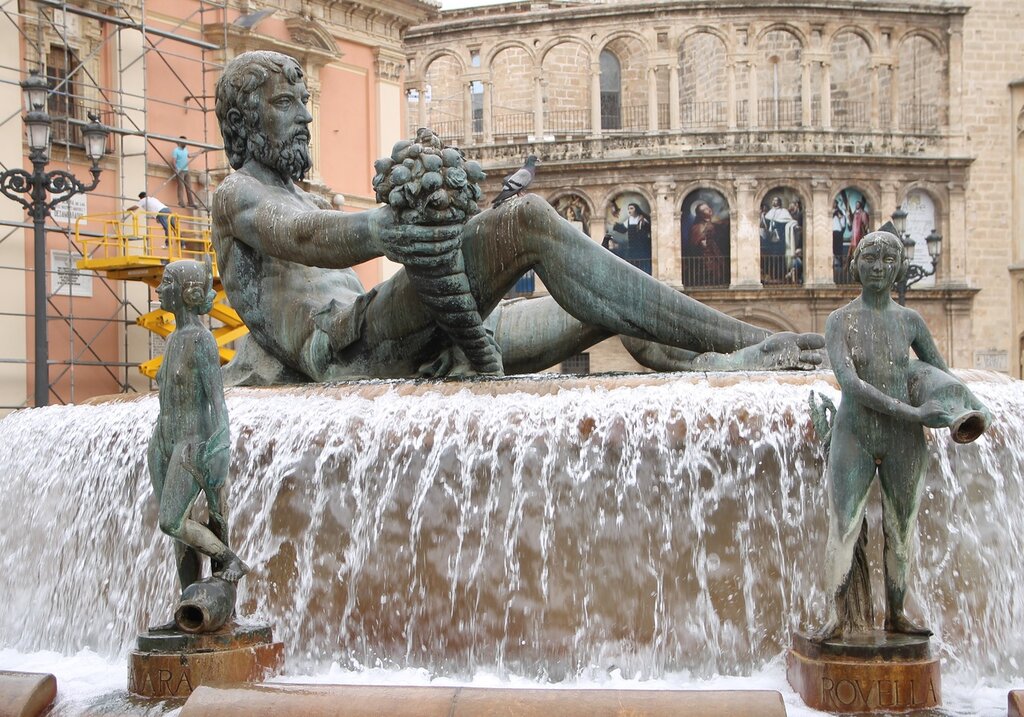 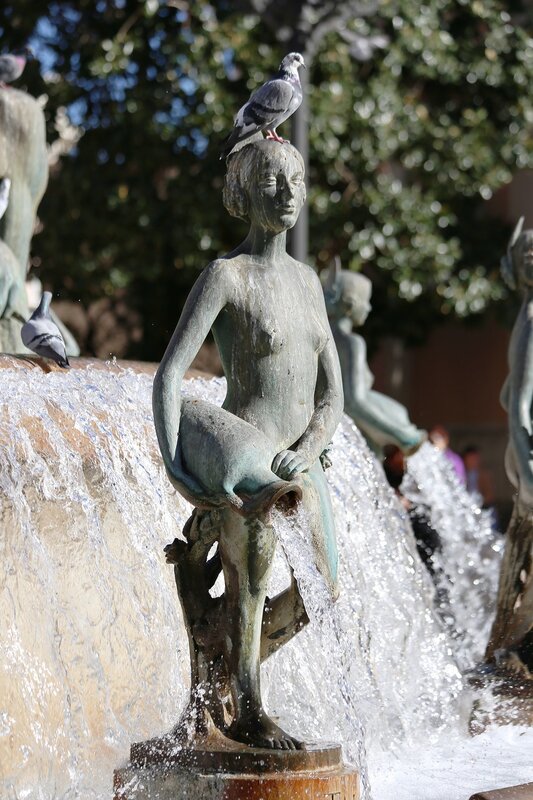